ichard Greene is the author of four books of poetry. His collection Boxing the Compass received the Governor General’s Literary Award in 2010. He is also a well-known biographer, critic, and editor. He holds a doctorate from Oxford University and is a professor of English at the University of Toronto. 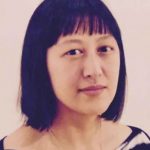 Phoebe Wang is a writer and educator based in Toronto. She was the 2015 Grand Prize winner of the Prism International Poetry Prize and has served as the Editor-in-Chief of Echolocation and guest editor and outreach coordinator of Puritan Magazine. In addition to having led workshops in creative writing as a Teacher-in-Residence at Artscape Youngplace, she has also facilitated professional development for writers of colour in partnership with the Ontario Arts Council.

Tony Li is a well-known filmmaker in China. He immigrated to Canada in 2004. He studied MFA at York Unversity and since then he has produced several award-winning films about stories of new immigrants and historical events such as “Humanity”, “Father and Son”, “Tattor”, “Family” and “A Day in the History” etc

Arlene Paculan creates soulful pop with passion. The Filipino-Canadian’s recent successful debut album, “Everything Begins with Love” aired by CBC radio. Arlene was named the runner-up for NOW Toronto Magazine’s Best Songwriter for 2015 and she was in the Top 10 Regional Finals for CBC’s Searchlight Contest in the same year. She is nominated for Best Pop Artist in the Mississauga Music Awards for 2017. Dave Silverberg is a poet, journalist, editor, producer, event organizer and slammaster. He founded Toronto Poetry Slam, one of Canada’s most popular poetry series. He has performed his poetry across the world, including Halifax, Montreal, Vancouver, London UK and Paris. His first book of poetry Bags of Wires was published by LyricalMyrical Press and his forthcoming book of poetry will be published by ChiZine. He regularly leads workshops on writing and performing poetry in schools across Ontario. His non-fiction work has been published in The Washington Post, BBC News, The Globe & Mail, Vice, Buzzfeed, Broken Pencil, Metro and many more. His mom is real proud he once did a TEDx talk.